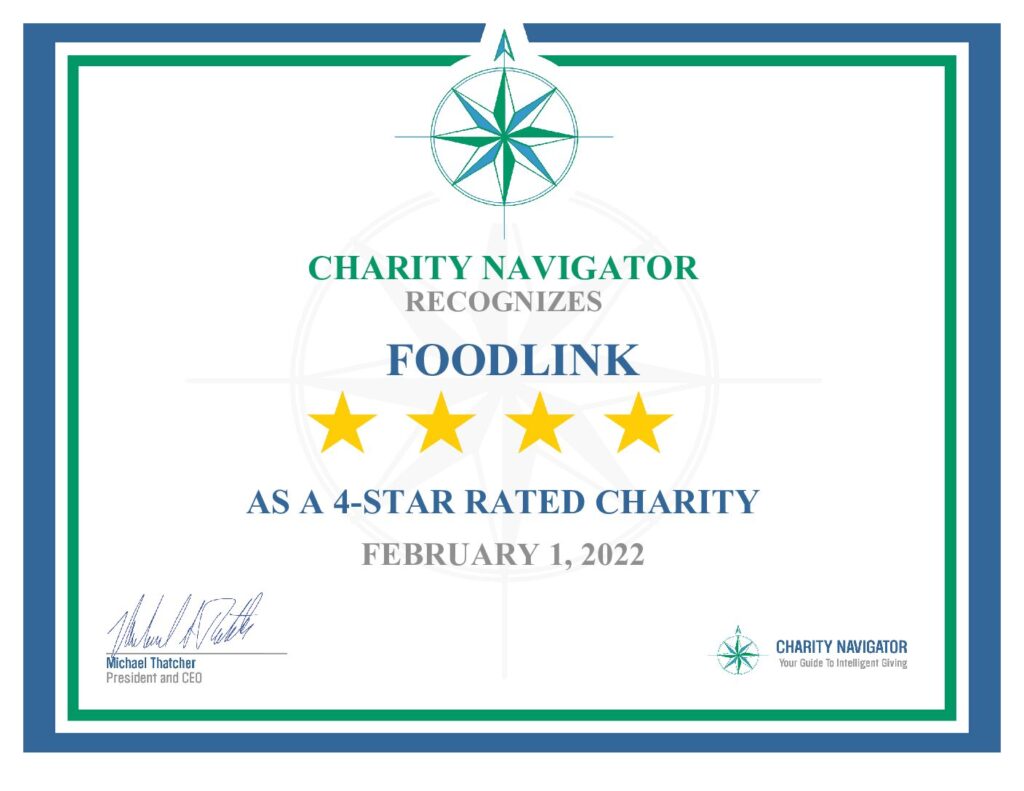 Foodlink recently earned the distinction of a 4-star rating by Charity Navigator, the largest charity evaluator in America that helps guide intelligent giving by evaluating the Financial Health and Accountability & Transparency of more than 1.5 million charities nationwide. Foodlink received an overall score of 94.69, according to data from its FYE2020 Form 990. Using […]