At Foodlink’s spring event, The Get Together, staff members shared their view of what it means to be a “Lightmaker” and express their gratitude to supporters. Foodlink drew inspiration from Karen Walrond’s book, “The Lightmakers Manifesto” in creating the theme for this year’s event. Video credit: Oh!Davidson Creative 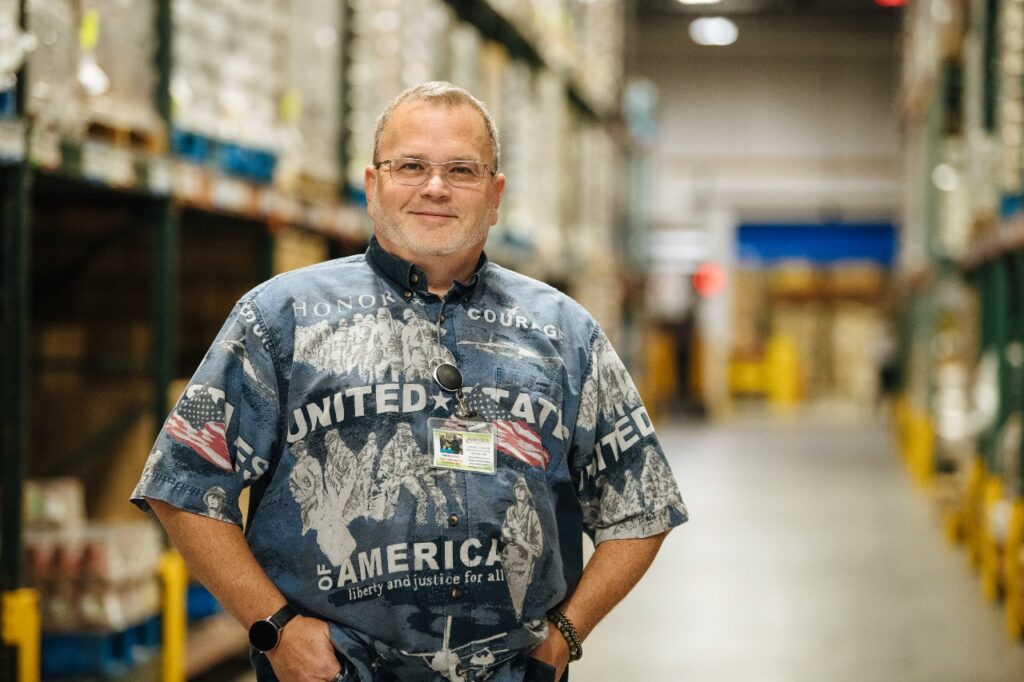 Foodlink Distribution Center Manager Skip Leonhard recalls his journey from the early days as a Foodlink volunteer, to a full-time member of the team. Video credit: Fish & Crown Creative.

‘Dignity and respect’ at the Foodlink Community Café 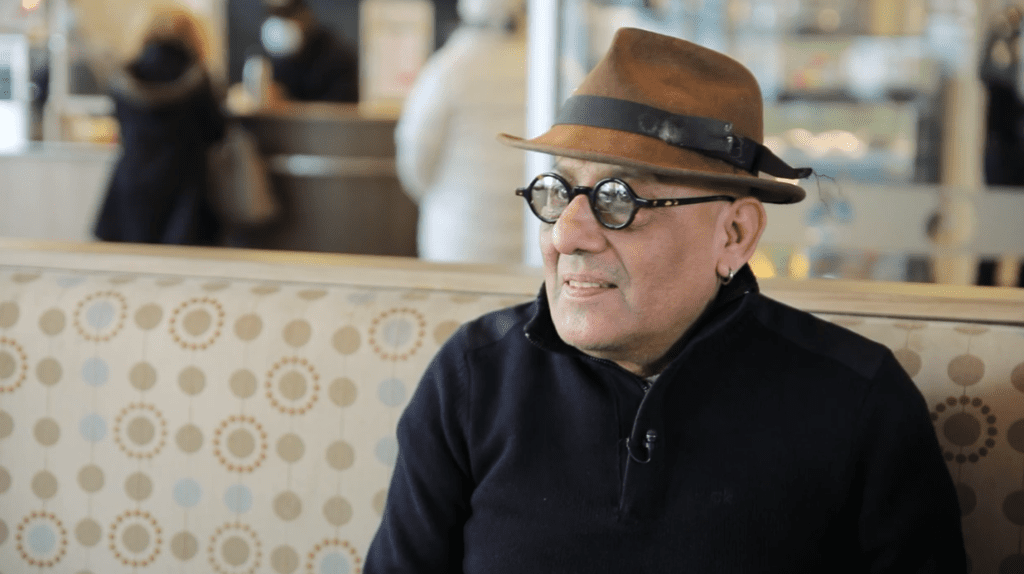 Learn more about the Foodlink Community Café in downtown Rochester, and how it helps prepare culinary apprentices for their new careers, and serve a diverse customer base inside the Central Library (115 South Ave.). Video credit: WROC-TV Creative Services

Celebrate ROC the Day with Foodlink 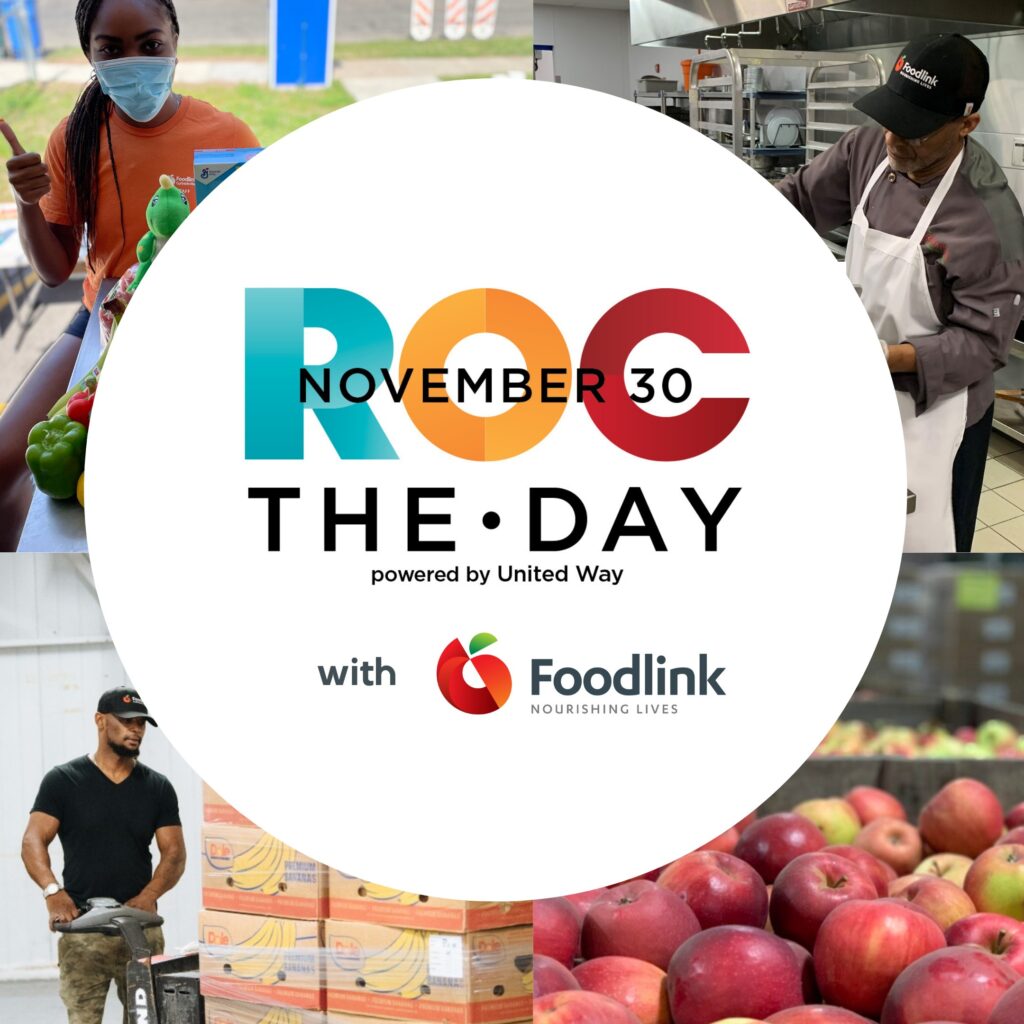 During the 2021 edition of Giving Tuesday, President & CEO Julia Tedesco discusses Foodlink’s role in addressing both the symptoms and root causes of hunger in the Rochester region. 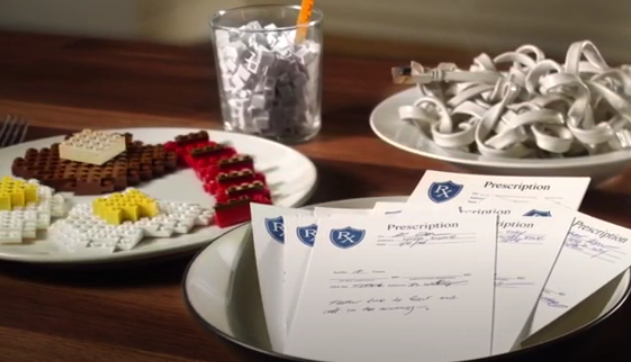 How will you choose to end hunger? Take action this September during Hunger Action Month. Learn more at FoodlinkNY.org/HAM.

A ROC the Day ‘Thank you’ from Foodlink’s president 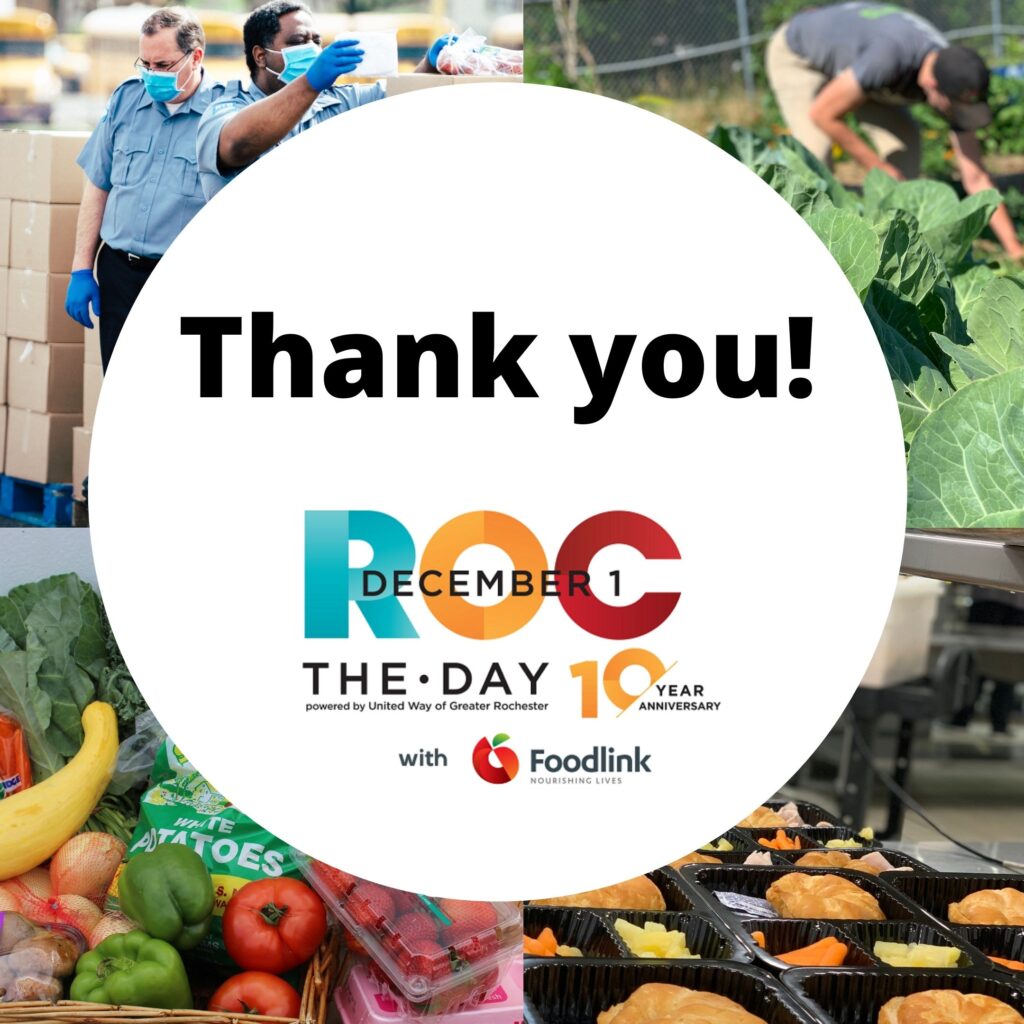 President & CEO Julia Tedesco thanks the community for their overwhelming response to Foodlink’s 2020 ROC the Day campaign. 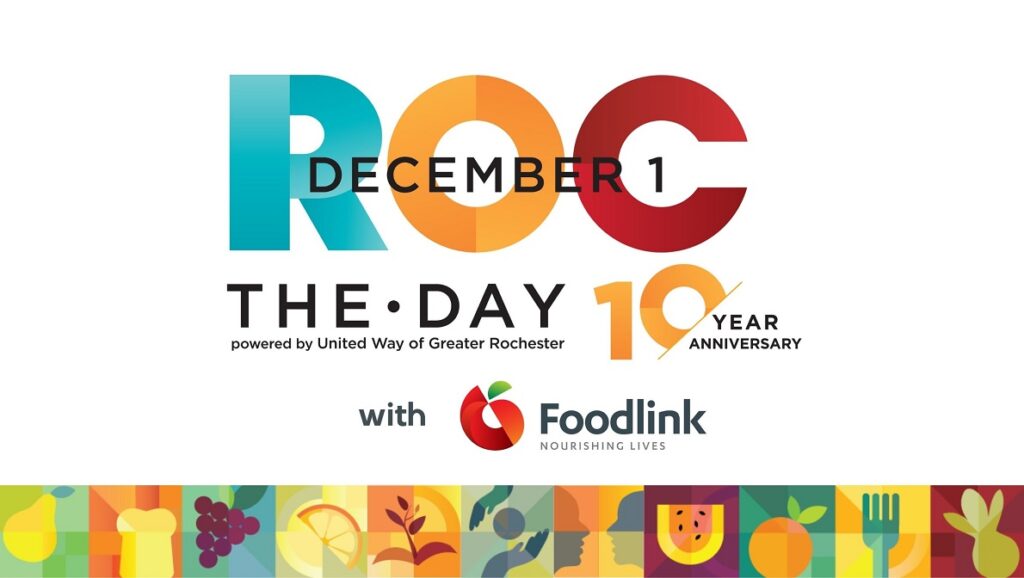 Foodlink President & CEO Julia Tedesco discusses the pandemic’s direct impact on the rise in food insecurity, and Foodlink’s response to this unprecedented crisis. On ROC the Day (Dec. 1, 2020) this year, please consider a gift to Foodlink: https://roctheday.org/foodlink. Thank you!