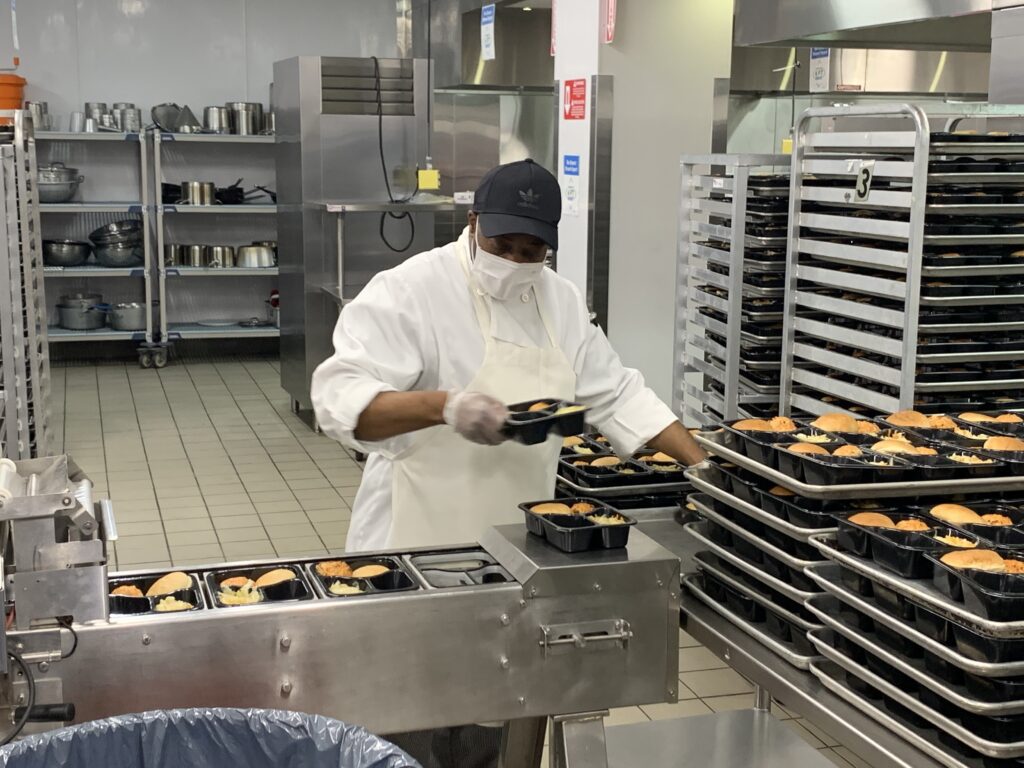 Chef Ashley Chung, the chef trainer for the Foodlink Career Fellowship, guides us through a 90-second tour of the Foodlink Community Kitchen. The Fellowship recruits individuals who have experienced barriers to sustainable employment for a yearlong training program and cook apprenticeship. 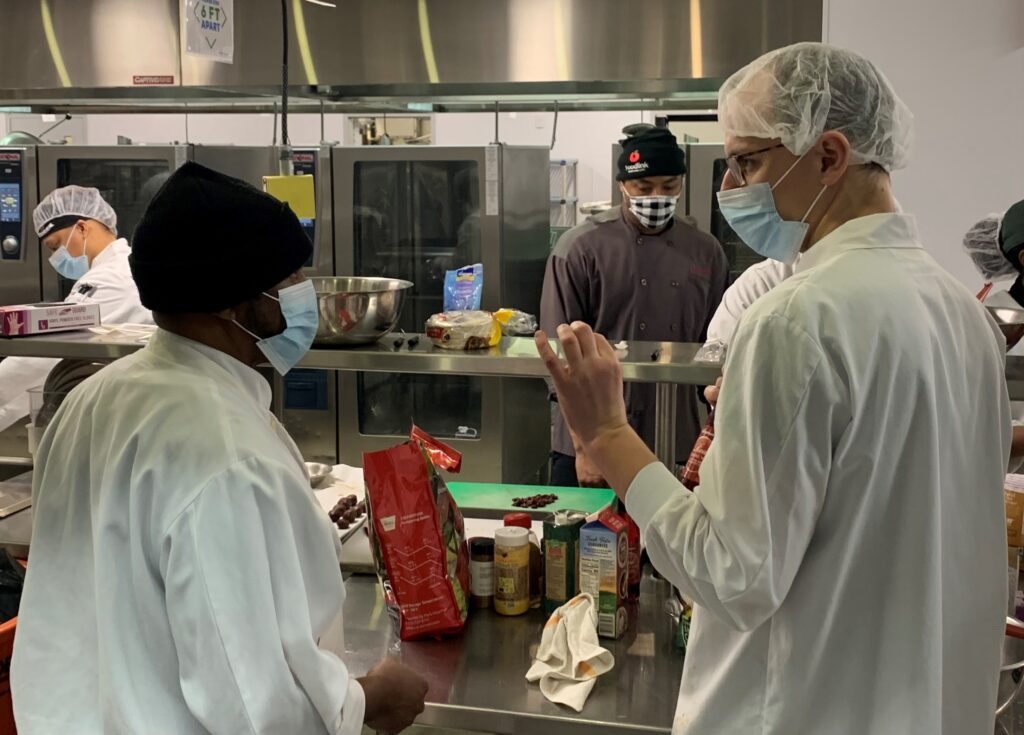 Participants in the Foodlink Career Fellowship, a yearlong culinary training program and state-registered cook apprenticeship, were able to continue their progress toward their career goals thanks to the generosity of Spectrum’s recent $5,000 donation for the purchase of new laptops. 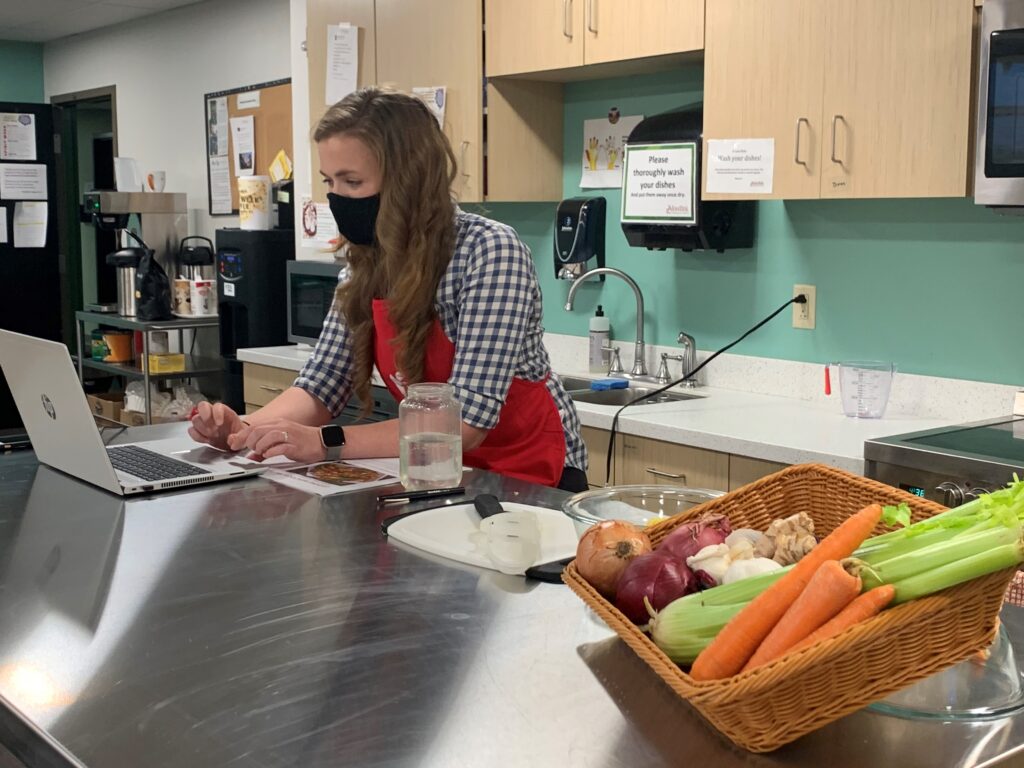 COVID-19 forced two of Foodlink’s programs and initiatives, the Curbside Market and nutrition education, to pause due to safety concerns. Months later, both programs adapted to a new way of operating to safely and continue to build healthier communities. Video credit: Fish & Crown Creative. 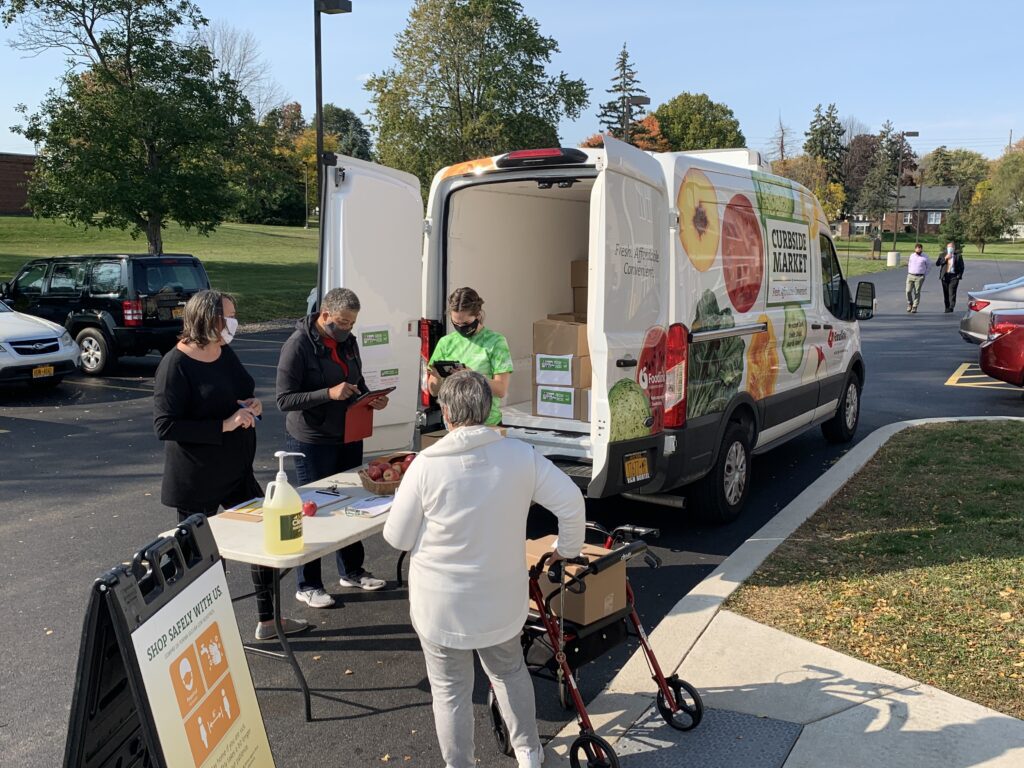 The Partnership for a Healthier America selected Rochester as the second city nationally to access the COVID-19 Fresh Food Fund. In deploy this innovative program, Foodlink’s Curbside Market launched the “Fresh Picks” program to deliver pre-packed boxes of produce and nutrition resources to select sites and customers. Foodlink celebrated the program Oct. 15, 2020 at […] 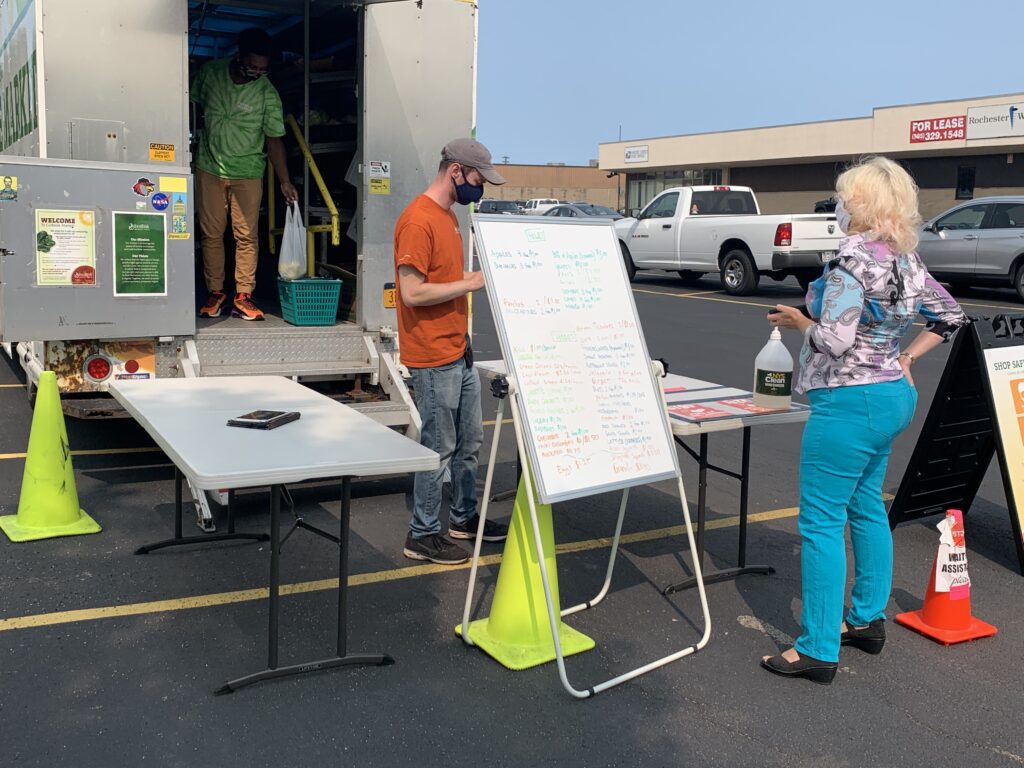 The Fresh Account program is a collaboration between Foodlink’s Curbside Market and Excellus BlueCross BlueShield. As part of the pilot project, Excellus BCBS members with the greatest risk of food insecurity and health care needs receive a monthly $30 voucher for six months to use at the market, in an effort to add more fruits […]

Foodlink and RTS partner up for Summer Meals 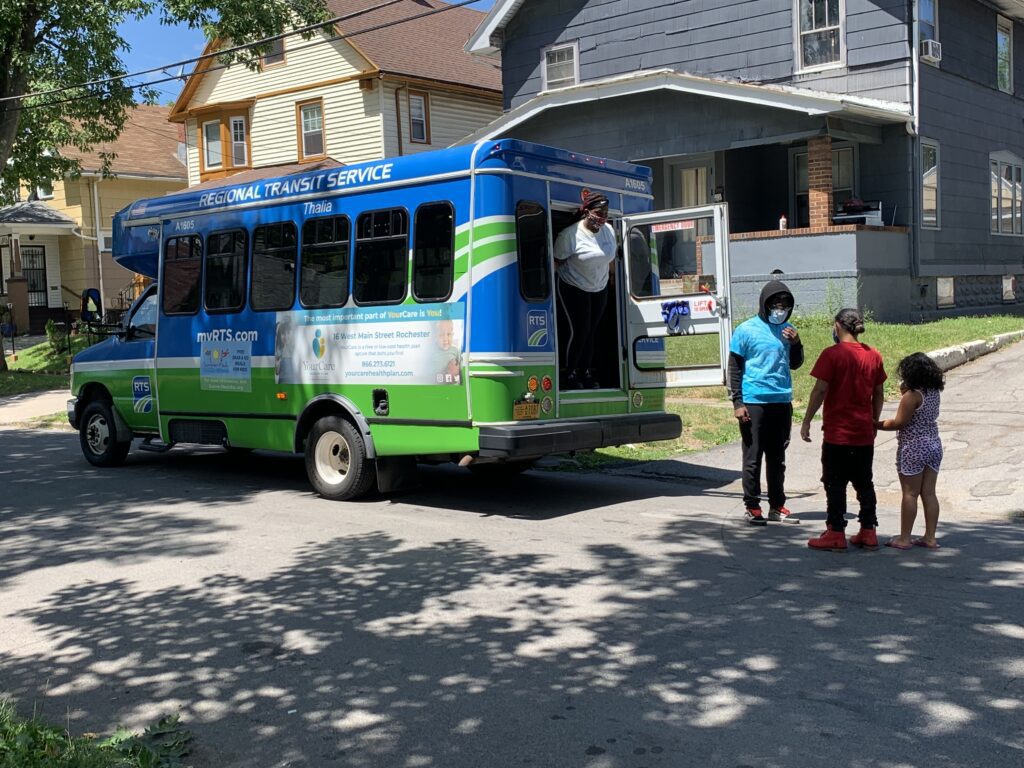 In an effort to provide greater access to healthy meals for Rochester children, Foodlink and the Regional Transit Service (RTS) formed a partnership during the 2020 Summer Meals campaign. RTS buses picked up coolers full of meals each morning and circled five Rochester neighborhoods each day to pass out free meals to kids in July […] 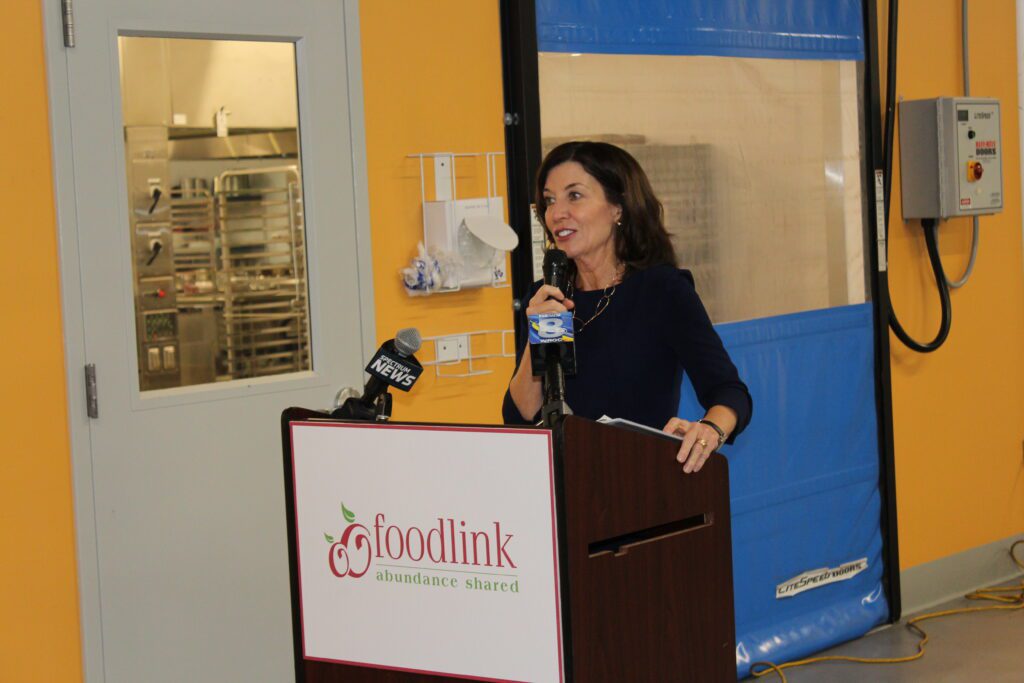